Neurodegenerative diseases such as Alzheimer’s disease, Parkinson’s disease and frontotemporal lobar degeneration are leading causes of morbidity and mortality worldwide. The majority of patients suffer from “complex” forms of these diseases: a combination of many components – potentially millions of genetic and non-genetic factors – resulted in a person’s brain becoming affected by such a disease. Given their complex nature, researching these diseases requires advanced techniques that can disentangle the multitude of factors underlying neurodegeneration.

The aim of the UNITED consortium is to improve diagnostics, treatment and eventually even prevention of neurodegenerative diseases worldwide.

We want to this by using cutting-edge imaging (MRI + CT) methods that measure the brain’s structure and function at the highest resolution. This will be used to answer important questions:

These and many more questions can only be definitively answered if we pool resources together globally, and UNITED is a platform to facilitate such research.

So far, the majority of studies are performed in persons from Western Europe and North America, but studying ethnically diverse populations has been shown to provide deeper insights by taking advantage of natural differences across groups. Therefore, we are explicitly looking to strengthen collaborations with researchers from currently underrepresented regions, including South America, Africa, and Asia. Together, we can start to unravel the complexity of neurodegenerative diseases and pave the way for a better future for treatment and prevention. Let us be UNITED.

Have a look at our infographic! 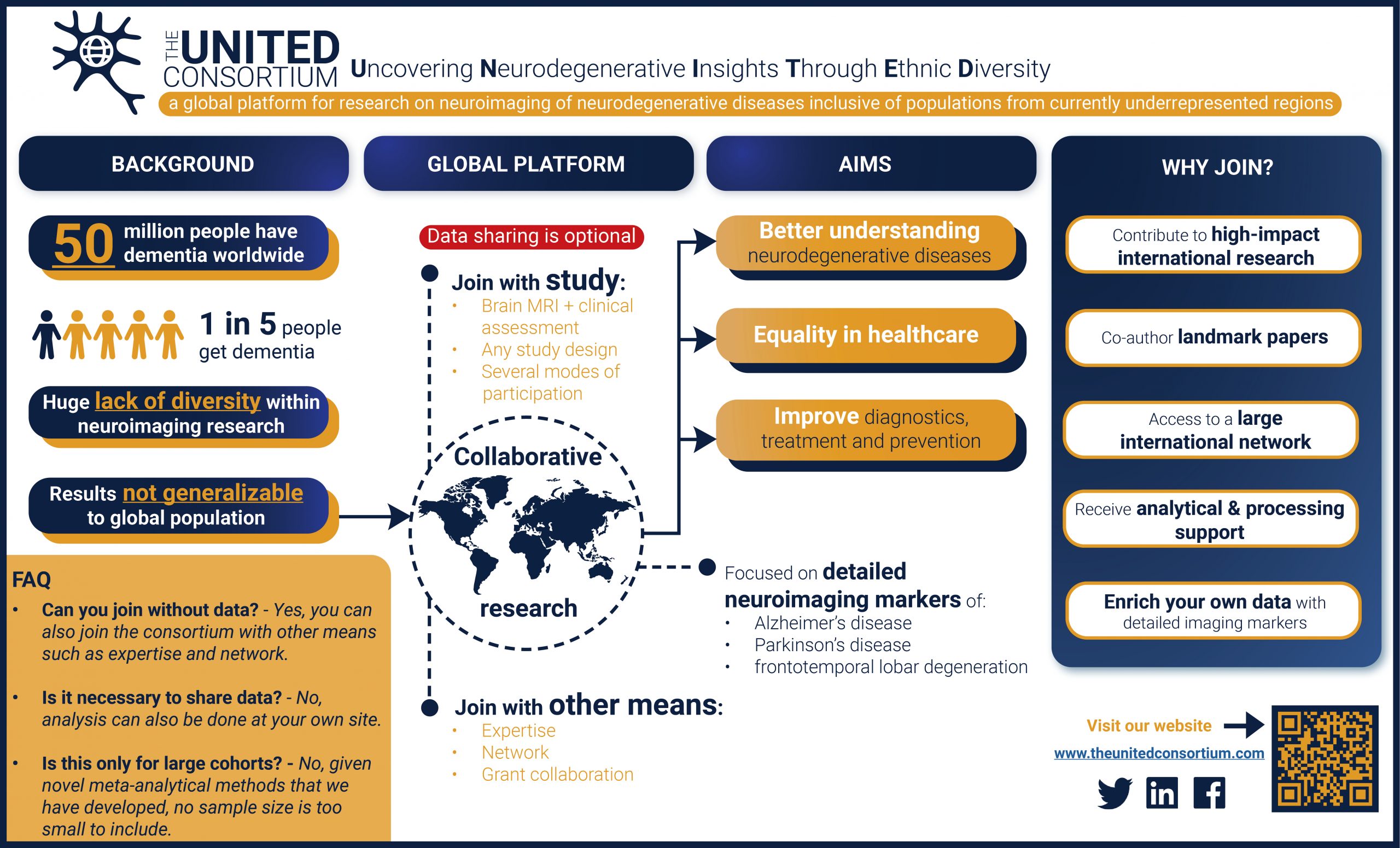 The brain is an elaborately organized organ. Subtle changes in its structure can be one of the initial signs of a decline in brain function due a neurodegeneration. Measuring these subtle changes through fine-grained analysis of brain scans will allow us to map the morphological architecture of neurodegenerative diseases. This could lead not only to more insight into the disease process, but also to more accurate diagnosis and prediction.

Detailed imaging markers are measurements that we derive from a persons brain that describes its structure using thousands to millions of variables. Each of these variables captures a very specific aspect of brain structure, making them highly suited for detecting the subtle changes caused by neurodegenerative disorders. Examples of such detailed imaging markers are the thickness of the cortical tissue, subtle differences in the shape of key subcortical structures, and a highly focused analysis of the appearance of brain tissue on a level of 1 millimeter cubes. 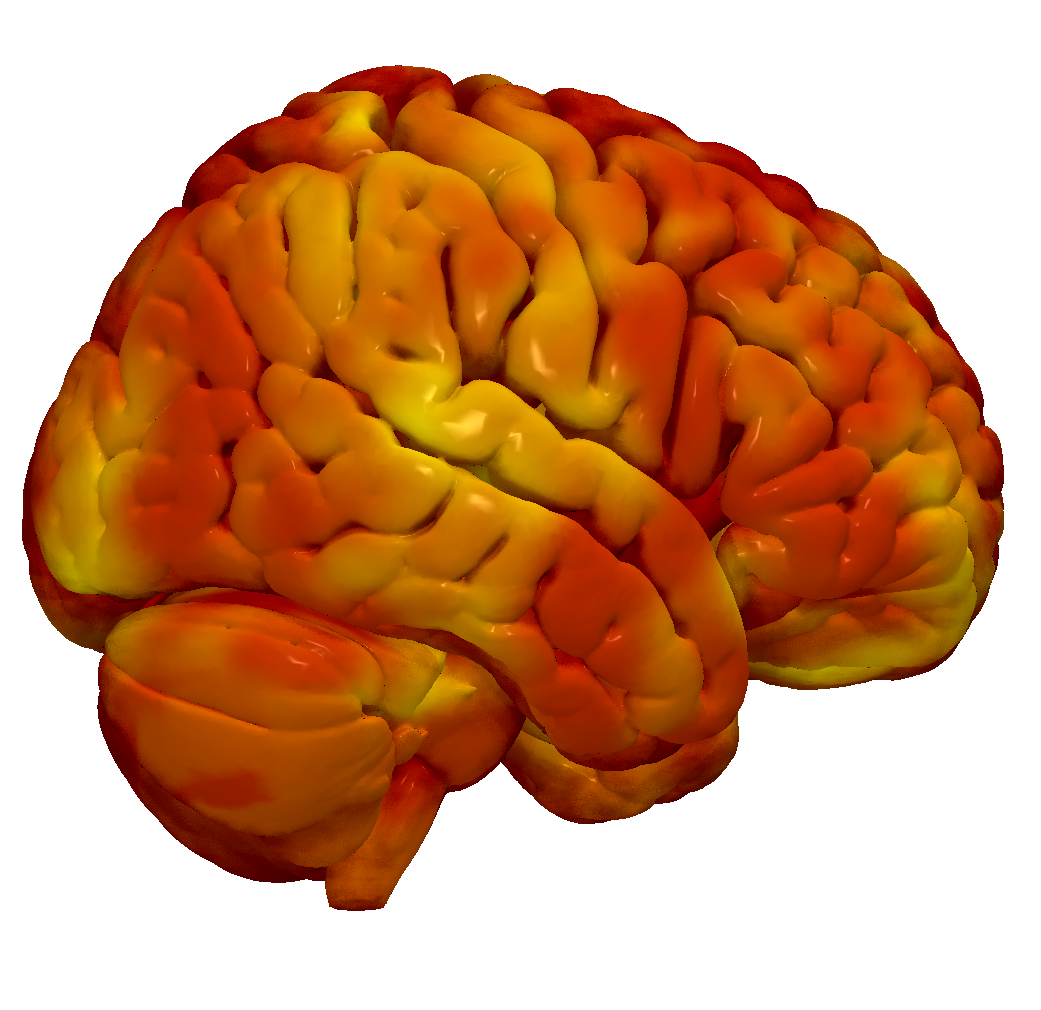 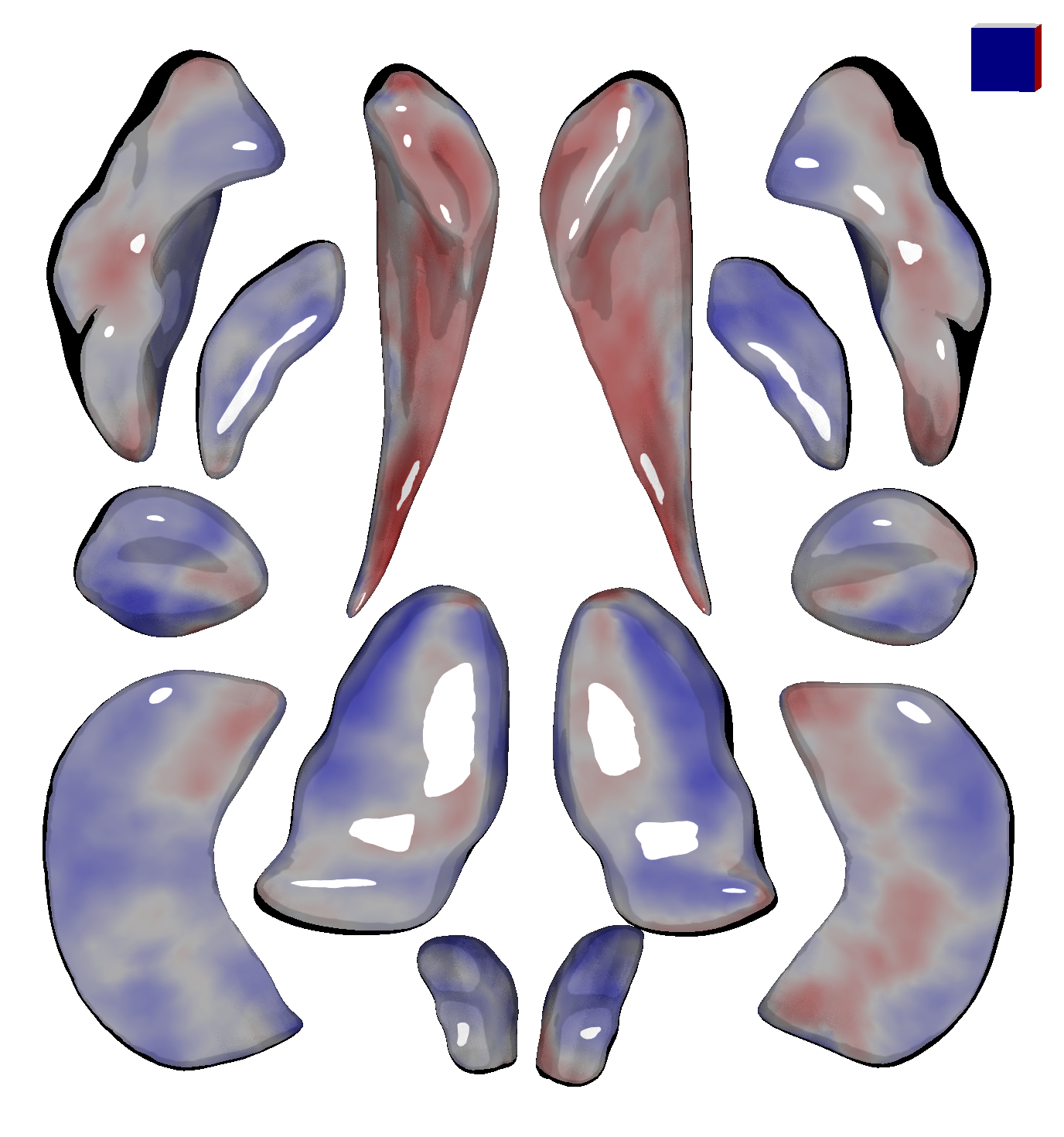 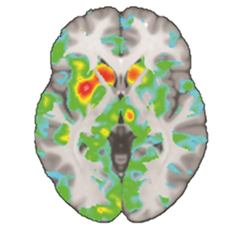 Did you meet our team yet?

Learn more about the coordinators

The aim of the UNITED consortium is to be global platform for research on neurodegeneration that is inclusive of populations from currently underrepresented countries, including South America, Africa and Asia. It’s abbreviation – UNITED – underlines our position in bridging a divided world.

STAY UP TO DATE:

DO YOU HAVE A QUESTION?

We are happy to anwser it! Please go to our contact form.